Banpo Hangang Park is a park located on the southern side of the Han River. Most people visit this park to see the Banpo Bridge Rainbow Fountain show. The bridge is a well known tourist attraction and the longest fountain bridge in the world. Cheonho Park is a small neighborhood park located in southwestern Seoul, not far from Gwangnaru Hangang Park and Amsa-dong Prehistoric Settlement Site. Though small, the park features a musical fountain, library, outdoor stage, and walking paths. There are also various sports facilities including a basketball court and volleyball court. Though located in the center of the city, Cheonho Park provides a space for relaxation for both locals and tourists. Dosan Park is a park and memorial dedicated to the life and achievements of independence activist An Chang-ho, who also went by the pen name Dosan. The park first opened in 1973 in Sinsa-dong, Gangnam-gu. It covers 29,974 square meters (322,637 square feet). Dream Forest is a large park located in Gangbuk-gu which features open spaces and many walking trails. The area was formerly known as Odong Geullin Park. On October 17, 2009, renovation work was completed and the park was renamed as Dream Forest. Marronnier Park is a park located in the Daehangno district of Seoul named after the large marronnier (chestnut tree) growing in the center of the park. The Marronnier tree originates from Italy and France in the Mediterranean where in the spring, red and white flowers can be seen blooming. 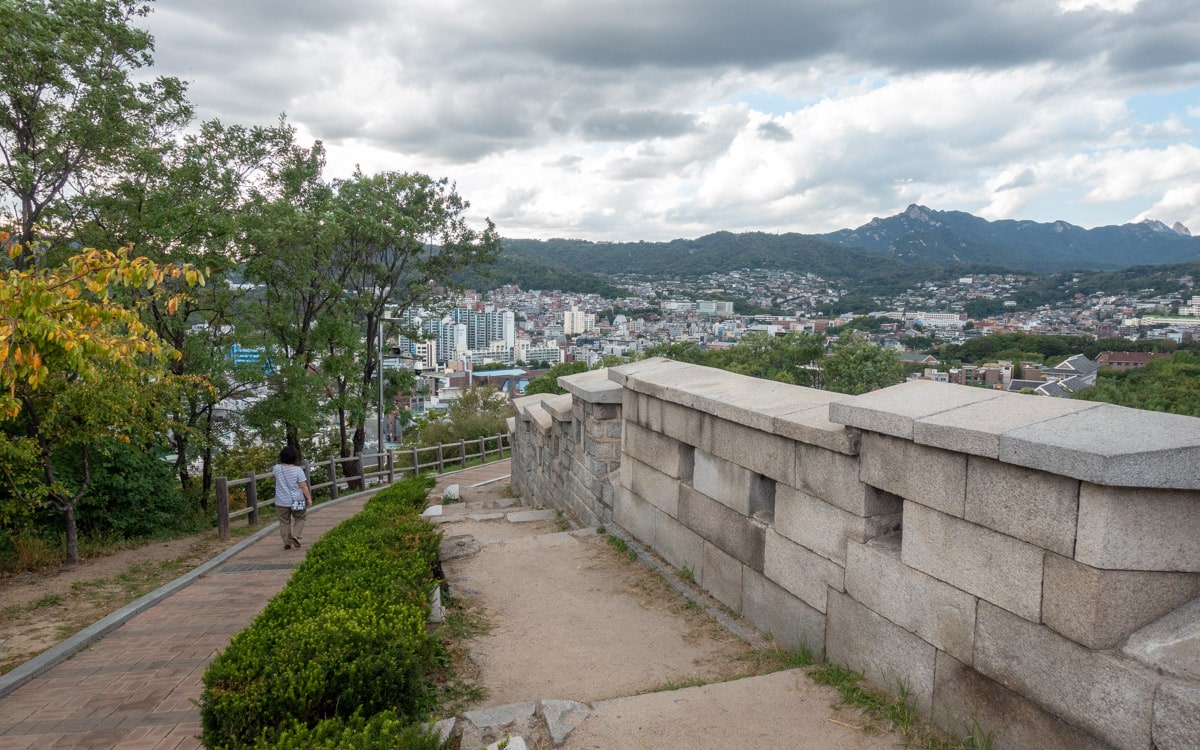 Stunning views of Seoul can be seen from Naksan Park, set high above Daehangno on Mt. Naksan. A portion of the old fortress wall runs through the park. Naksan Park is sometimes called Nakta Park. The name of the park is a reference to its hump like appearance as "nakta" is the Korean word for camel. "San" means mountain. South of Myeongdong on Mt. Namsan is Namsan Park, popular for hiking trails, tourist attractions, N Seoul Tower, and panoramic views of downtown Seoul. Namsan, meaning "South Mountain", is the largest park in Seoul attracting over 20,000 people a day who visit here to experience a little slice of nature in the middle of the urban city. Seoul Olympic Park, or Olpark, is a large outdoor recreation area, sporting venue, and park that was built for the 1988 Summer Olympics. Just a few of the facilities built for the Olympics include a swimming pool, gymnastics arena, tennis courts, fencing gymnasium, and velodrome. Seonyudo Park is a popular park and open space located on an island on the Hangang River that was formerly used as an industrial water treatment plant. The small island, located west of Yeouido, was opened in 2009 after city officials realized that the island could be better used as an urban park instead of an idle industrial plant. Seoul Forest is a large park and nature area with walking paths and unique artwork that is located on the banks of the Han River on Ttukseom (Ttuk Island). In the past, this area has been used for many purposes from a royal hunting ground to more recently as a water treatment facility. The park also features a golf course and racetrack. Seoul Iris Garden (Seoul Botanical Garden) is a park that lies between Mt. Dobongsan and Mt. Suraksan in northeastern Seoul that features an iris garden. The park and botanical garden first opened on June 7, 2009. Tapgol Park is a public park that lies at the center of Seoul, near Insadong. It was here in 1919 where the March 1st Korean Independence Movement began. This movement called for the independence of Korea from Japanese rule. Yangjae Citizen's Forest is a lush public park located in the neighborhood of Yangjae-dong in southern Seoul. In 1980, the land where the park today is located was acquired through the Gaepo-dong Land Arrangement Plan. The goal of this plan was to beautify the city and provide a pleasant recreation area for the citizens of Seoul. Three years later, in 1983, construction on the park began and continued for three years. In November, 1986, Yangjae Citizen's Forest was unveiled to the public, just in time for the 1986 Asian Games and 1988 Seoul Olympics. Yeouido Hangang Park is one of the most popular parks found along the Han River which runs through the heart of Seoul. The park is located on the northern edge of Yeouido, an 8.4 square kilometer (5.2 square mile) island. Yeouido is the center of Seoul's finance and banking. Located nearby are many important buildings related to finance, business, banking, and politics such as the National Assembly Building. Once a golf course for the United States military, Yongsan Family Park has become an oasis and a peaceful escape from the hustle and bustle of the city. The large park, which features wonderful wide open green spaces and trees, is situated right next to the National Museum of Korea just south of Mt. Namsan just off the banks of the Han River.